ConocoPhillips has operated in Europe for more than 50 years, with significant developments in the Norwegian sectors of the North Sea and Norwegian Sea. The company also has an interest in a concession in Libya.

In September 2019, the company completed its U.K. divestiture.

In Libya, the company has an interest in the Waha Concession in the Sirte Basin. Production operations in Libya and related oil exports have periodically been interrupted over the last several years due to forced shutdowns of the Es Sider terminal. 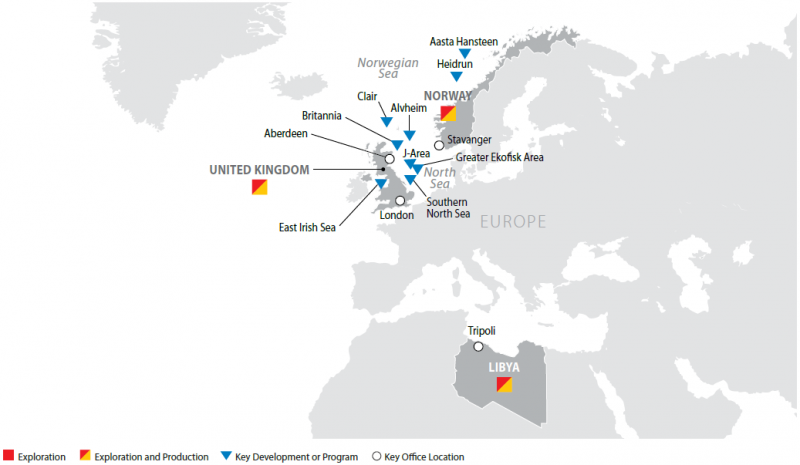 Europe & North Africa at a Glance

Your PDF is Ready