Significant oil exploration and development opportunities still exist on the North Slope of Alaska. In 2016, the company drilled two exploration wells that encountered significant pay in the Bear Tooth Unit. This discovery, Willow, is located in the northeast portion of the NPR-A. In 2018, the company appraised the greater Willow area and made discoveries in three additional prospects. Appraisal of the 2018 discoveries will continue in 2019. 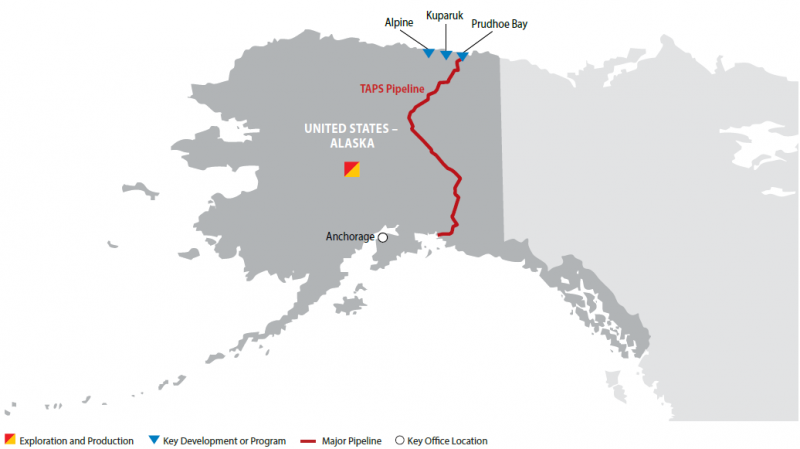 Alaska at a Glance

Full-year 2018 production in the Alaska segment was 186 MBOED.

Your PDF is Ready